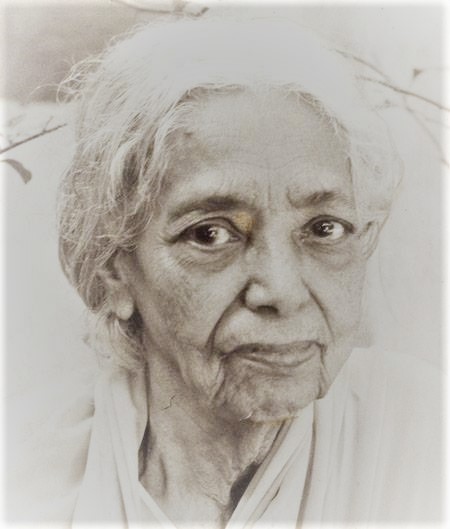 Dr. Janaki Ammal Edavaleth Kakkat was born in Kerala, India on November 4th, 1897. She earned her Bachelor’s degree from Queen Mary’s College in India, and her Master’s and and Dsc from the University of Michigan in the United States. Ammal earned her Dsc in 1931, making her one of the first women in the U.S. to earn a doctorate in botany (1).

From 1934 to 1939, she worked at the Sugarcane Breeding Institute at Coimbatore. Here, she developed several new hybrid species of sugarcane to address India’s sugar problem– namely that Indian sugar wasn’t as sweet as sugar from other parts of the world. Ammal applied her expertise in cytogenetics to develop a sweeter sugarcane cross-breed. It was in this period that the Indian Academy of Sciences was founded– to which Ammal was elected as a fellow

From 1939 to 1950 she worked in England, studying cytology at the John Innes Horticultural Institution in London, then the Royal Horticultural Society at Wisley. Much of this work culminated in the publishing of The Chromosome Atlas of Cultivated Plants, which she co-authored with C. D. Darlington.

In 1951 Ammal returned to India, as Jawaharlal Nehru, the Prime Minister of India, had asked her to reorganize the Botanical Survey of India. In 1957,  the Government of India conferred upon Ammal the Padma Sri, the 4th highest civilian award in India. Though Ammal passed away in 1984, she continues to be recognized– in 2000, India’s Ministry of Environment and Forestry instated the E. K. Janaki Ammal National Award on Taxonomy.

She lived up to her own definition of greatness which combined virtue in life and passion in the pursuit of her science. There is thus much for us to emulate in her life and work..” -C. V. Subramanian