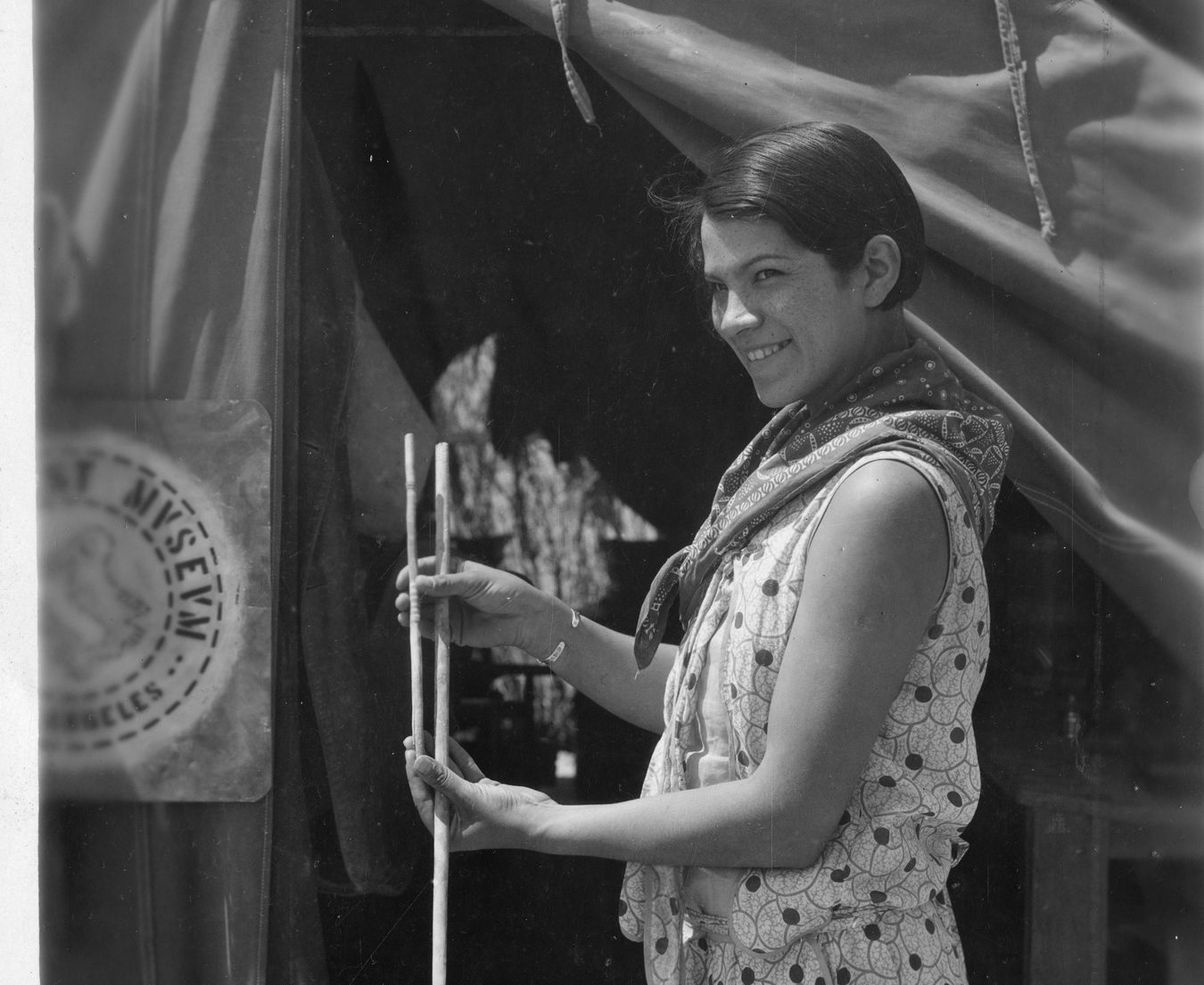 Bertha “Bertie” Parker Cody is widely considered to be the first female Native American archaeologist. She contributed decades of dedicated work to both the field of archaeology and Hollywood, all the while advancing representation of Native Americans in the United States.

Cody, who also went by her Seneca name Yewas, was born in Chautauqua County, New York in 19071. Her mother, Beulah Tahamont, was an actor of Abenaki descent2. Her father, Arthur C. Parker, was an archaeologist of mixed Seneca descent, and the first president of the Society for American Archaeology3.

Cody was quite literally born into the world of archeology– it’s said that she was born in a tent on one of Arthur’s excavation sites4. However, at the age of 7 her parents divorced, and Beulah took Cody to Hollywood. From then on, Arthur played a relatively small role in Cody’s life, but his passion–archaeology–would later prove to be hers as well.

From Actress to Archeologist

Cody would spend the rest of her childhood acting, in Hollywood as well as in the Pocahontas show with the Ringling Brothers Circus5. In 1924, Cody married José Pallan, a Hollywood extra and Yuma Indian6. The following year, Cody gave birth to their daughter, Wilma Mae “Billie” Pallan. However, Pallan was an abusive husband, and in 1929 when Cody tried to divorce him, Pallan kidnapped her and took her to Mexico, along with her mother Beulah and her daughter Billie7. The three women were rescued by Mark Raymond Harrington, an archaeologist who was a good friend of Cody’s father and the husband of Cody’s aunt, Endeka Parker6.

After the rescue, Beulah returned to Hollywood, but Cody and her daughter remained in Nevada, working on M. R. Harrington’s archaeological expedition at a site called Mesa House. In exchange for room and board for her and Billie, Cody worked as the expedition cook, and eventually worked her way to expedition secretary and assistant archaeologist at the Southwest Museum. In the early days as camp cook, Cody would spend the first half of the day cooking– and when that was taken care of– she would spend the rest of the day out in the field, searching along with the crew for archaeological treasures6.

In 1930 one of Cody’s afternoon archaeological sessions produced something phenomenal. Hidden away among the rocks, Cody found what would prove to be one of the most import finds of Gypsum cave– the skull of a rare species of giant sloth, Nothrotherium shastense (Sinclair 1905). The ancient sloth remains were found close to ancient human tools, a discovery with possibly far reaching implications in the timing of human migration to North America. The discovery made headlines, bringing renewed support and funding for the expedition from CalTech8.

Part of the renewed efforts came in the form of new expedition members, with one such individual being James Thurston, a foremost Canadian paleontologist. As it turns out, the finding of the sloth and subsequent events held significance for more than just Cody’s career. In 1931, within a year of meeting, Cody and Thurston married. It was a union hailed in Masterkey, the Southwest Museum’s journal, as “auspicious” given that “Archeologist Bertie and Paelontologist [sic]Thirsty [Thurston’s nickname] have decided to work out together the problems of life6”

Unfortunately, the high hopes and good spirits did not last. The following February, Thurston suffered a heart attack and died. In the subsequent years, Cody was frequently ill, and the economic turmoil of the Great Depression put great strain on the Southwest Museum. Pay cuts were made and the future of the museum was uncertain, but Cody’s excellent reputation helped her retain her job as assistant archaeologist. In a memo to the director, M. R. Harrington explained that “Cody was one of the most useful members of the Gypsum Cave expedition and her work figured largely in the successful outcome of the project6”

A Shift to Ethnography

In the mid 30s, Cody did less and less archaeological work, choosing instead to move towards ethnographical work. She conducted research of the Maidu people in northern California, much of which she detailed across several articles in Masterkey. This shift is not surprising, as at this time there was a growing movement for Indian rights in California, as Hollywood Indians and Northern California Indians began uniting, and Cody was an active participant of this movement.

A Return to Hollywood

During this time, another change occurred in Cody’s life. In 1936 she married Espera Oscar de Corti, better known as “Iron Eyes Cody,” or the “Crying Indian” from the famous anti-littering ad9. The two had met in Hollywood when they were younger– both were part of the small community of Native American actors in Hollywood. With Oscar’s support, Cody continued in her job at the museum and her new found role in activism.

Unfortunately, tragedy struck again when in 1942, Cody’s daughter Billie died from an accidental gunshot wound while on vacation at her grandmother’s7. The emotional toll of Billie’s death, combined with longstanding health issues, led Cody to step down from her position at the museum, though she continued on as a consultant.

Cody spent the rest of her career back in Hollywood. She worked with Oscar as part of “Ironeyes Enterprise” a consulting business that advised films regarding Native American culture and dress. The couple also hosted a TV program about Native American folklore10. In the 1950s they adopted Robert and Arthur, two boys of Maricopa-Dakota Heritage1.

Upon her death in 1978, she was buried with a tombstone that simply reads “Mrs. Iron Eyes Cody.” Of course, Cody was more than just Iron Eyes Cody’s Wife, or Mark Harrington’s Niece, or Thurston’s widower.